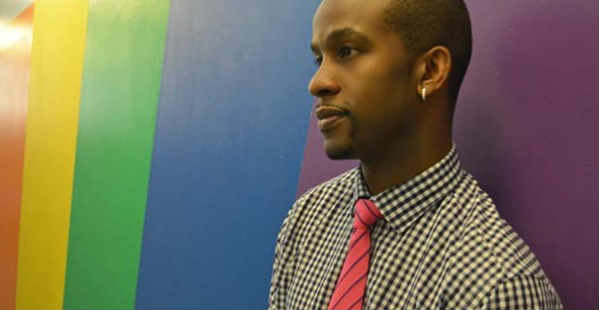 -by Bibi Lichauco- Those neon yellow shoes. There was nothing else you could look at when first meeting Wade Davis when he came to Winsor with Erica and Jana’e on February 26. However, if you saw or met Wade without knowing he was at Winsor to speak on behalf of LGBT athletes, would you think he was gay? Just by looking at him, what would you already know, and what judgments would you make?

Partnering with You Can Play, an organization that works to end homophobic discrimination in sports, Nicole Cerulli ’16 organized the Invisible Athlete panel discussion to give Winsor, Belmont Hill, and BB&N students perspective on the realities and difficulties LGBT athletes face in the 21st century. The panel of three may have seemed small at first, but what they offered through their stories and insights was immense. Provided with a comfortable and open space, the audience was unafraid to ask difficult questions about growing into an identity that is not always socially acceptable, and the panelists blessed us with their willingness to be vulnerable and share personal accounts of hardships we hear about or go through ourselves. Between being “outed” involuntarily, having close family members discourage their sexual orientation, and feeling as though they did not have their  teammates for support, the panelists’ poignant stories humbled the students and faculty. The event concluded with Jana’e’s profound and personal spoken word performance, which touched on the painful truth of being a black lesbian woman in America today. When people walked out the doors of the assembly, they were buzzing with excitement about the thought provoking and inspiring stories they had just heard. “Individual stories are always the most powerful,” remarked Sophia Griffith-Gorgati ’14, a member of Winsor’s LGBT club. “The event was eye-opening because the panel was comprised of people from different parts of the country with much difference experiences than what we might witness in Massachusetts in the 21st century.” Certainly, it is paramount that not only us Winsor girls are exposed to different backgrounds and experiences with LGBT tolerance but also high schoolers everywhere. Growing up and attending high school can be difficult enough, with academic and social pressures to be “the best” or to fit into a certain mold on our shoulders. Having to conceal yourself because others do not think your sexuality is normal or right takes enormous courage to overcome, and it was quite inspiring to hear from these panelists that it is possible to leap over that hurdle.

While Erica, Jana’e, and Wade expressed optimism about the future of LGBT awareness, tolerance, and acceptance, the problem of bullying and discrimination is far from over. We are privileged to have listened to the testimonies of hardship and success which people near and far are experiencing every day. Hearing about and acknowledging this ongoing and prevalent issue is not enough, however. We must ask ourselves what we can do. We must be empathetic and behave and speak in such a way that is not discriminatory towards anyone, let alone our LGBT peers. Hopefully, one day, being gay, lesbian, transgender, bisexual, pansexual, questioning or however you choose to define yourself will not carry so much negative weight; no one deserves to be pushed into hiding who he or she really is.