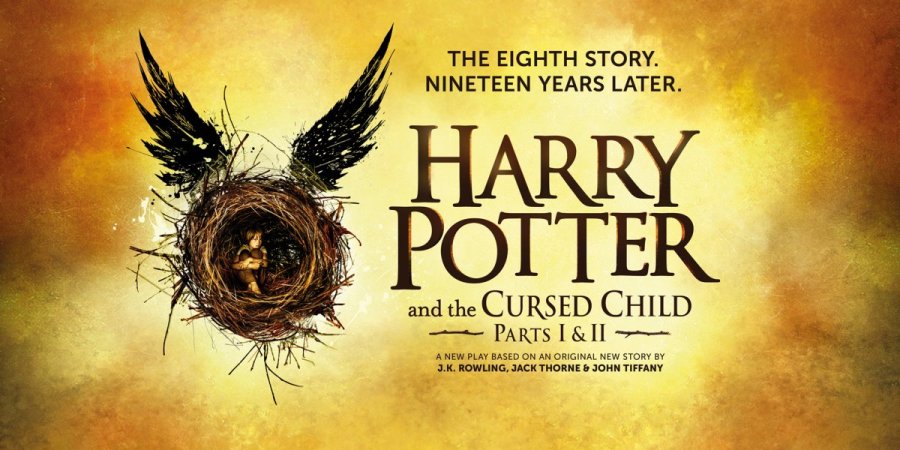 In its first couple days on the market, Harry Potter and the Cursed Child sold two million hardcover copies in North America alone; the UK saw four million copies purchased in the first week. So did the extension of J.K. Rowling’s beloved Harry Potter series sell? Yes, without a doubt. But did the book satisfy its readers? It has been called everything from a “compelling, stay-up-all-night read” by The New York Times to a “weak attempt at Harry Potter fan-fiction” by Story Pick.

The Cursed Child structurally differs from other Harry Potter novels in that it is a script, meant for stage performance. Rowling and co-creators supplied the general plot, while playwright Jack Thorne wrote the script. The story is set twenty years after Harry, Ron, and Hermione’s defeat of Voldemort, plunging the reader two decades into the future. Its plot revolves around best friends Albus Potter and Scorpius Malfoy, children of Hogwarts enemies Harry and Draco. Together, Albus and Scorpius embark on a journey to save Cedric Diggory, whom Voldemort killed in Harry Potter and The Goblet of Fire during the Tri Wizard Tournament. They use a Time Turner, a device featured in The Prisoner of Azkaban, to travel back to Hogwarts as their fathers knew it. Unfortunately, the pair create a majorly problematic alternate universe and have to fight to restore the regular world, receiving help from familiar faces along the way.

These are the tame aspects of The Cursed Child. Other, more controversial details in the story have many critics calling this story fan-fiction. Emily C. ’17 also saw the book in this light. “The end of the seventh and last [Harry Potter] novel left so much room for people to dream up their own scenarios. Cursed Child just felt exactly like that: one of those dreamt-up scenarios,” she commented. Julia M. ’17, co-head of Winsor’s Harry Potter club, felt that the Cursed Child was “not a legitimate continuation of the series. The characters are just so different [from those in the original seven book series].” However, though she did not feel that the book fit cohesively with the previous ones, Julia did emphasize that it had “a good story.”

Erin L. ’17 agreed with this sentiment, despite the fact that she was disappointed in the lack of character and location descriptions that Rowling’s original Harry Potter novels contained. However, Erin acknowledged that the script format of The Cursed Child did not allow for much of a narrative. Erin “got the sense that it would be a really cool play,” and the theater critics seem to agree with her—the play has been met with great success and rave reviews.

Ultimately, Harry Potter and the Cursed Child was a book that sold far better than it satisfied; many felt that it was hardly a continuation of the Harry Potter legacy. Yet there is still something unmistakably intriguing and magical about the story, and it sounds as if the theatre production has conveyed just that.