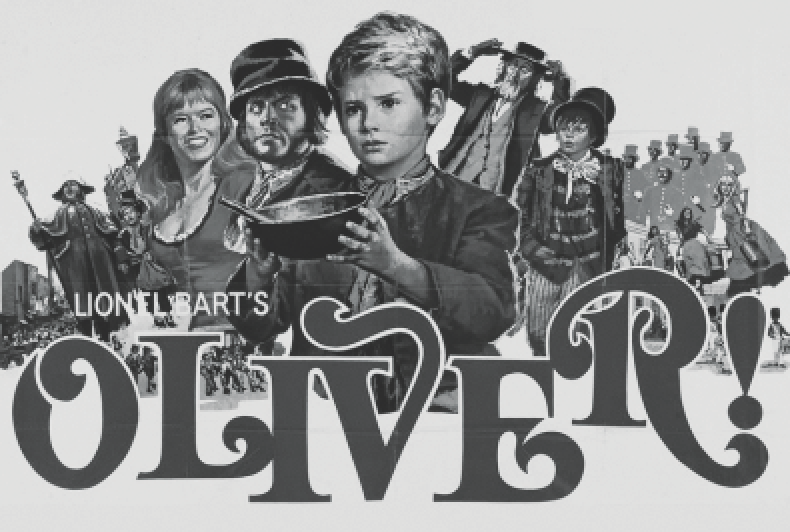 For most students, the classic novel Oliver Twist rings a bell. Luckily, audiences from all over the world can experience the magic of this novel through music and dance. Oliver!, an English musical, combines the artistry and lyricality of Lionel Bart with the thrilling plot based on Oliver Twist by Charles Dickens.

The show opens on a London workhouse, where Oliver Twist (Jamie D.) and several other young orphans live under the thumb of the greedy Mr. Bumble (Reis W.). After Oliver audaciously asks for more gruel, Mr. Bumble decides to sell the boy. Following a brief stint with a coffin-maker (Evan L.) and his wife (Mia K.), he ultimately ends up as a member of a gang of pickpockets led by Fagin (Andrew W.), an elderly criminal. He makes new friends, such as the clever Artful Dodger (Eli B.) and the kind Nancy (Katie B.), but this new home proves to be dangerous, as he finds himself caught up in the dealings of dangerous criminal Bill Sykes (Ian R.).

In 1963, Lionel Bart won the Tony Award for Best Original Score, and in 1968, film director Carol Reed’s film adaptation won six Academy Awards, including one for Best Picture, and the musical is well known for Broadway standards such as “Consider Yourself ” and “As Long as He Needs Me.” This masterpiece offers energy, spirit, and wittiness in humor and warms the audience’s hearts.

Charles Dickens wrote Oliver Twist to raise awareness of the dire situation of impoverished young children in London at the time. Yet, within these alarming moments of reality, Dickens creates characters with great compassion, like Nancy, Ms. Bedwin, and Rose Maylie. As a musical, Oliver! is able to portray the powerful feelings these characters feel through physical motions and encounters to make things all the more exciting.

This specific production of Oliver! certainly entertained the audience. Teresa L. reflected that the show was “very entertaining, funny, and moving.” She also said that it was especially enjoyable to see “students from a range of schools,” like Winsor, Roxbury Latin, Dana Hall, and from “a range of grades, as middle schoolers played the orphans and the lead roles of Oliver and the Artful Dodger.” Because Winsor and Roxbury Latin are all girls and all boys schools respectively, plays act as an outlet for students to collaborate and work together. Every year, the musical switches between Winsor and RL. This show was a perfect example of how theater is an important way for students of different ages and different schools can create a cohesive production that really highlights the broader community of Winsor, Roxbury Latin, and Dana Hall.

This show was also incredibly important to the Winsor community because it was some of the seniors’ last appearance on stage in a Winsor production. Lydia F., who played the character Charlotte Sowerberry, noted, “we had an amazing time, the cast was so good” and “there were kids of all ages [with] so many Winsor seniors in it.”

Of course, behind every great show is a great director. Oliver! was directed by Marge D, the Technical Director of Theater at Roxbury Latin. Lydia added that, “[Ms. D] was a remarkable director and choreographed everything by herself.” Cast members said that Ms. D’s enthusiasm never failed to make the whole cast feel energized and excited to perform the show.

March joint issue with Belmont Hill is out! Be sure to check out the online Banner for more updates and articles! Have a great break!
February Issue is published!! Make sure to pick up a copy!
The Banner and the Belmont Hill Panel are thrilled to present our November joint publication! 🍁🍂We hope you enjoy our articles ranging from the Boston mayoral election to college applications to the fruit fly swarms :)
Hello from your 2021-2022 Banner Executive Staff! We’re so excited for another year of Banner 🗞🎉 If you didn’t catch us at Club Fair and want to learn more about Banner, email us at banner@winsor.edu🕺🏻We can’t wait to work with you all!