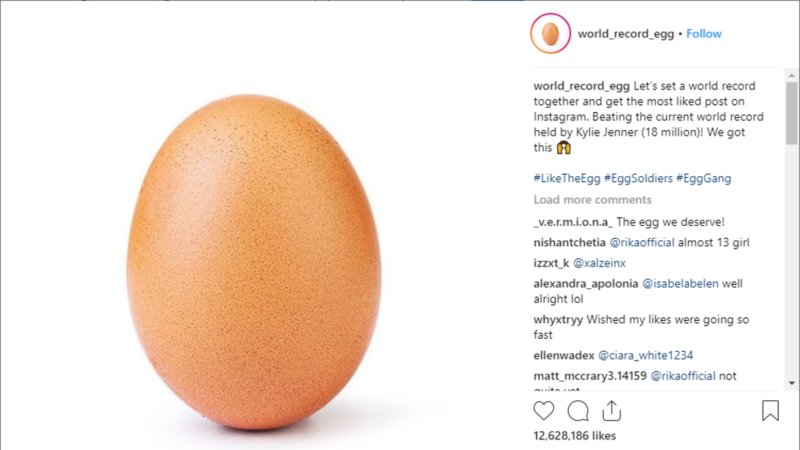 At 7:30 a.m., last Thursday morning, police responded to a reported homicide in Wellesley, Massachusetts. Upon arrival, officers found the victim soft-boiled, skinned, and cut open horizontally. Across the nation, upon hearing of this tragedy, shock, dismay, and horror gripped the victim’s over nine million Instagram followers. On the edge of cracking, the Egg was brutally killed by a young woman who, law enforcement agents suspect, just wanted a filling yet quick and easy breakfast option. The Egg leaves behind millions of determined teenagers who simultaneously hate and consume pop culture, a handful of “influencers” who have tried (in vain) to latch on to the Egg’s success, and one mysterious account owner. The Egg was best known for being, as said by Kaylee C. ’19, “so controversial yet so brave,” as it brought a message of defiance through its identity: a pale shade of brown against a stark white background.

So, how can we honor the Egg? How can we remember the most famous poultry product of them all?

For this writer, the best way to do so is through carrying on its message: Eggs are people, too. Hath an Egg not feeling? Doth an Egg not hope? While you and I (provided of course, you are not an egg), do not spend our lives in cartons or are the butt of every insecure middle-schooler’s joke, humans and eggs both know what it means to crack under pressure. In this new year, let us all be like the Egg. Let us love our freckles and speckles alike, be happily spherical, and not scramble when we start to face the heat. If an Egg can get 50 million likes on Instagram, you don’t have to be a jerk.

RIP Egg, you will be missed. But, alas, you were delicious.

Official memorial service will be held at Stormi Jenner’s birthday party next week.