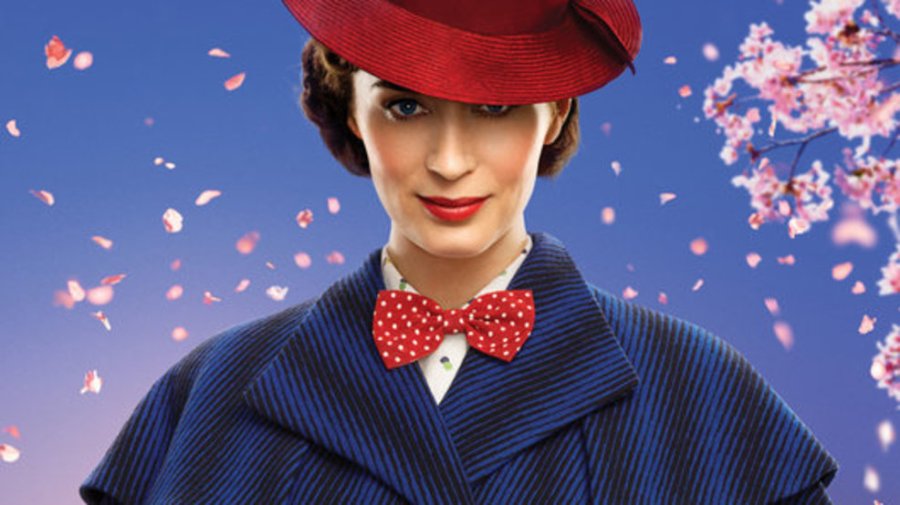 We all know of or have seen the classic movie Mary Poppins that is known for its catchy music and interesting plot. When it was announced that Mary Poppins Returns was in the works and was going to feature a very well-known cast, I had high hopes and was excited to see it. However, I was slightly disappointed by the outcome.

Mary Poppins Returns is almost an exact replica of the original Mary Poppins. Whether it was on purpose or not, the storyline is extremely similar, and the songs have the same general messages and attitudes as the originals, yet they do not live up to them. For example, one of the well known originals “Step in Time,” performed by Bert, the chimney sweep, and his friends, is mimicked in the sequel by the song “Trip a Little Light Fantastic.” Alex G. ‘21 commented, “‘Trip a Little Light Fantastic’ does not have as memorable or catchy tune or lyrics as those in ‘Step in Time.’” Additionally, since I had seen the original movie, the plot of the new film was very predictable and unoriginal. The original Mary Poppins is a refreshing escape from reality, and I was expecting the same thing from the sequel, but Mary Poppins Returns was so similar that I found myself bored and uninterested.

I also thought that the music in the movie could have been executed better. Although I do not think that any of the songs are bad, per se, they do not have the same memorable tunes and lyrics as those in the original movie do. Furthermore, although I am a huge fan of Lin-Manuel Miranda and know that he is extremely talented, I found that his musical abilities and voice did not fit into the theme of the movie. Miranda is known for his combination of rapping and singing in the musical Hamilton, so the songs he sang as Jack, the cheerful chimney sweep (a recreation of the character Bert in the original movie), do not fit his musical style and could have been better executed by someone else. However, my favorite song in Mary Poppins Returns is “A Cover is Not the Book,” which includes a rap specialized for Miranda, and I think this song is both interesting and takes advantage of Miranda’s style and talent.

One positive aspect of the movie is Emily Blunt’s portrayal of Mary Poppins. I believe that she was a fantastic choice for this role due to her musical talent and strong acting skills. Unlike some other aspects of the movie, Emily Blunt lived up to Julie Andrews’ performance of Mary Poppins in the original film.

Ultimately, despite Blunt’s superb performance, I think I’ll stick to watching the original film in the future!